Few things capture the mind like an astonishing view of the New York Skyline or the magnificence of the Sears Tower or perhaps the sun glancing off of the Golden Gate Bridge. Upon close inspection of these elaborate structures, however, an enemy may be lurking. Perhaps nothing ruins the aesthetic quality of this scenery like pigeon droppings which show up on window ledges, roofs, sides of buildings, walkways, and anywhere else birds have access. As unattractive as these noxious deposits can be, they pose a much greater threat – that is, to the health and safety of the population that is exposed to it. Not only can pigeon droppings weaken the support of these structures, they also carry numerous diseases that invade the human body not only through contact, but also merely from exposure.

According to the San Francisco Chronicle, "Pigeon droppings can be more than a nuisance; they can be a vector for disease, especially histoplasmosis," [1] a serious condition affecting the lungs with symptoms similar to the flu. This is performed when pigeons take in histoplasma capsulatum fungal spores and excrete them where people inhale them.

Pigeon droppings are a serious problem as demonstrated in such places as Lake Havasu City, Arizona where Earl Siler heads the Pigeon Abatement Committee. According to Lake Havasu’s associated press, "Siler cites reports from federal health officials saying pigeon droppings carry dozens of germs such as those that cause meningitis and the fungal diseases histoplasmosis and cryptococcosis." [2] Pigeon droppings are particularly dangerous in areas surrounding water sources or air vents where the germs have easy access to infestation of the human body.

Additional diseases inflicted by pigeon excretion include ocular histoplasmosis, avian flu, West Nile virus, encephalitis, and toxoplasmosis. More severely, they can cause deadly diseases such as salmonella, meningitis, and E. coli, which by no means exhaust the list of the illnesses carried by pigeons. As The Queens Courier comments, "This is not just a matter of image but of public health." [3]

Direct contact with pigeon droppings is not necessary to obtain the negative effects. The droppings, once dry, can become airborne and cause a higher risk of inhalation. Exposure to these fungi can infect the body without touching them with the skin.

Pigeons cause problems other than just disease which is the major concern that poses a health risk. Pigeons also attract other insects that can spread illness. In addition, lawsuits have been filed nationwide for problems resulting from bird droppings whether it is from slipping on them or contracting a disease. Pigeon nuisance also causes liability issues with restaurants where customers have contracted disease from pigeons. 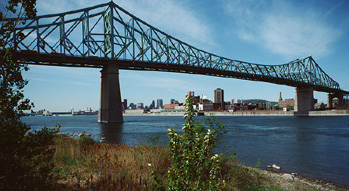 According to the Feral Pigeon Control Environmental Health Guide, pigeons can cause “damage to buildings and monuments due to the highly corrosive nature of acid in pigeon droppings.” [4] Unfortunately this may not be widespread knowledge until the event of a serious disaster. According to Infinite Health Resources, “Directly after last summer’s collapse of the Minnesota Bridge, readers heard about the structural damage that droppings and [their] acidic nature can cause.” [5] Unbeknownst to most people, pigeon droppings erode the support of structures to the point where they are at high risk of collapsing as evidenced by the case of the Minnesota Bridge.

Buildings possessing this fecal matter should immediately be cleansed and prevented from future infestation. Powerspraying is one way to rid an area of these droppings. Furthermore, once clean, the area must be made pigeon-resistant by using such devices as coils or spikes to prevent pigeons from roosting. Unfortunately, pigeon control and clean-up is often an expensive process.

Pigeon control has been a prevalent issue plaguing city leaders throughout the country. According to United Wildlife Control, “Even when pigeons are outside of your home or business, droppings, nest paraphernalia and feathers can get sucked into vents and drain pipes and create a fire hazard, leading to thousands of dollars in repairs.” [6] Clearly the easiest way to protect people and buildings from pigeon damage is to prevent their welcome in the first place.

Efforts have been made to hinder pigeon reproduction. Birth control is one method of preventing these animals from continuing to overwhelm the population. The birth control is slipped into feed so the pigeons ingest it when they eat.

Inflatable, threatening-looking balls about two feet big are used in an attempt to frighten pigeons so they no longer desire to invade an area. This method is suitable where the balls can hang from a pole or railing but may not be an effective option when it comes to protecting buildings, particularly window ledges.

Perhaps the best method to solve pigeon control problems is to prevent their roosting and landing in the first place. You can protect your building, structure, monument or sign by installing Bird Control stainless steel landing spikes. Pigeon spikes apply quickly and easily, are harmless to birds, environmentally friendly, long lasting and virtually invisible. Combine with pigeon barrier nets, and you prevent pigeon problems and the high cost of clean up, all while reducing health and corrosion risks.